Want to organize a high-profile ice hockey event? Or in need for a temporary professional ice hockey facility? Ice-World can offer a professional size aluminium ice hockey rink that can be constructed at any location, such as in a stadium, a sports hall or outdoors.

Dowload a case study about the Ice Hockey Classic Tour

Our portable ice hockey rinks are becoming increasingly popular with clients who organize high-profile ice hockey events or are in need for a temporary professional ice hockey facility. The required accessories such as referee boxes, player boxes and penalty boxes and internationally recognised lining are supplied as standard with our sports ice skating rinks. Ice-World’s portable ice hockey rink and the boarding anchored in the ice meet the quality requirements of the International Ice Hockey Federation (IIHF).

Any location, indoors or outdoors

The temporary ice hockey rink from Ice-World can be constructed at any location, such as in a stadium, a sports hall or outdoors. The rink is delivered complete with cooling equipment, referee and player boxes, penalty boxes and internationally recognised pitch-lines. It can be built on nearly any location in less than two days, either outdoors or inside a permanent building or mobile structure.

Should your own permanent ice hockey rink not meet the latest regulations and standards in technology anymore, we can upgrade the facility or supply a temporary, professional alternative.

The USA and Canada’s ice hockey teams took part in an exhibition ice hockey series in Perth, Brisbane, Melbourne and Sydney in July 2014. The teams, which consisted of players from the National Hockey League (NHL) and the American Hockey League (AHL), battled it out in Australia’s biggest indoor arenas.

With a total of 70.000 visitors, this has been Australia’s largest sporting event in years. Ice-World International supplied the portable ice hockey floors complete with IIHF certified dashboard system.

As value for money is a big consideration when it comes to arena hire, the foldable Ice-World aluminium ice floor does the job better than any other ice floor available on the market. The ice hockey rinks were ready to play in 36 hours. 18 hours after the game, the arenas were ready to use for the next event.

Ice-World was also the supplier of the temporary ice hockey rinks for the US vs. Canada tours in New Zealand in 2011 and Australia in 2013. 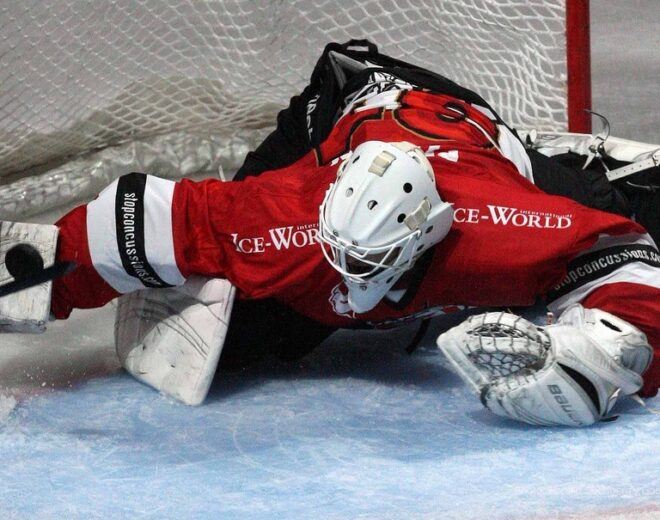 A selection of our global ice hockey projects

I am truly impressed by the quality of the ice

Our rinks are approved by official bodies such as ISU, IIHF and KNSB for recreational and professional skating.

Easy to install in combination with existing infrastructure.